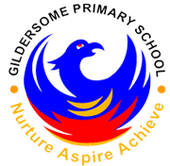 I am really sorry that this has not been updated recently but we will be back to weekly updates from this week!

Most improved player – Amber B

Most active player – Amber B

Children who have earned certificates over this period…

A special mention for Jay-Jay S who is now a Rock Hero, less than 1 second for any Times Tables or Division Facts question and is now the fastest child in school in just Year 4! Amazing Jay-Jay, I wonder if anyone can catch you?!

No one commented yet.

We use necessary cookies to make our site work. We'd also like to set optional analytics cookies to help us improve it. We won't set optional cookies unless you enable them. Using this tool will set a cookie on your device to remember your preferences.

Necessary cookies enable core functionality such as security, network management, and accessibility. You may disable these by changing your browser settings, but this may affect how the website functions.